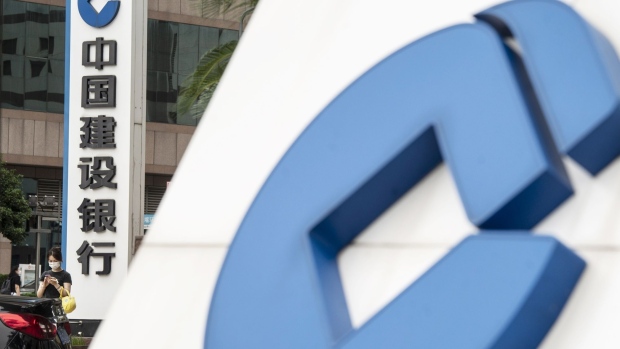 (Bloomberg) -- China Construction Bank Corp. will set up a 30 billion yuan ($4.2 billion) fund to buy properties from developers, as policy makers beef up efforts to contain a real estate crisis that’s weighing on the economy.

The fund will “invest in existing assets” of real estate companies and renovate the properties into rental housing, the lender said in a statement to the Shanghai stock exchange Friday. The fund lasts for 10 years, with a possible extension, according to CCB, which is one of China’s big four state-owned lenders.

By establishing the fund, CCB “helps explore the new growth model of the real estate market and facilitates the stable and healthy development of the property sector,” it said in the statement. The country’s banking regulator has approved the investment in the fund, it added.

China’s real estate companies have been grappling with a credit crunch after the government earlier tightened lending to the sector to reduce debt risks. The financial health of developers has worsened as property sales slumped, sparking a nationwide crisis where home buyers are boycotting mortgage payments to protest the failure of developers to deliver projects.

The country has also sought to expand the rental housing market to ensure sustainable growth in real estate over the long term and CCB has been spearheading that national strategy.

The bank had 181 billion yuan in outstanding loans related to rental housing by the end of June, 35% more than at the end of December. A home-leasing platform it operates has covered 96% of areas at the city level and above in China, according to its first half report this year.