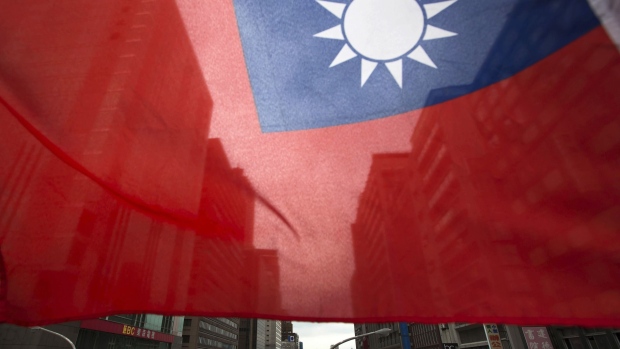 (Bloomberg) -- China lashed out at Estonia after two of its lawmakers visited Taiwan, where they voiced their support for democracy on the island.

Their actions sparked an outcry from China’s embassy in Tallinn, which issued a statement on Tuesday, saying actions taken by the lawmakers were condemnable and “grossly interfere in China’s internal affairs, undermine China’s sovereignty and territorial integrity, seriously go against the one-China policy pursued by Estonia, and damage the China-Estonia relations.”

Estonia’s Foreign Ministry said that the European Union and NATO member state is sticking to the one-China policy and has no plans to reconsider. It played down Milling’s remark for the public broadcaster that Estonia should in the long term move toward recognizing Taiwan, and possibly let it open a representative office in Estonia.

The spat comes after Estonia’s Baltic neighbor Lithuania allowed Taiwan to open a representative office there in November, the latest blow to deteriorating bilateral relations with China. In May, Lithuania pulled out of the 17+1 format, a framework for cooperation between China and a group of central and eastern European countries.

China sees the democratically ruled island of Taiwan as part of its territory and has asserted the right to unify both sides by force, if necessary. Beijing has for decades required states to renounce ties with Taipei as a condition of establishing relations -- under what it calls the “one-China principle” -- leaving Taiwan with only 15 formal diplomatic partners.