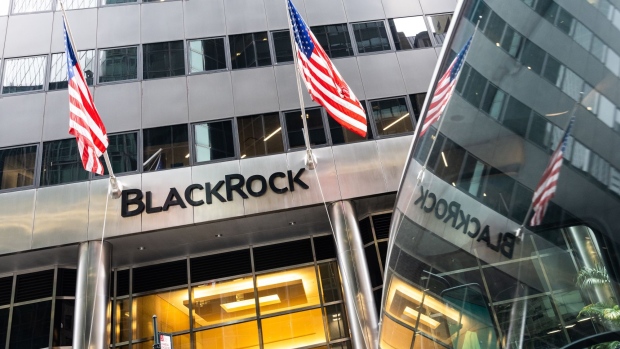 (Bloomberg) -- BlackRock Inc., Pacific Investment Management Co. and Sculptor Capital Management Inc. are throwing their weight behind Adler Group SA as the company seeks to buy time and shake off the impact of fraud allegations.

The three firms, together with Schroders Plc, Silver Point Capital and Taconic Capital Advisors, are backstopping a €937.5 million ($981.5 million) secured loan that, if approved, would repay the next bond maturities, according to people familiar with the matter, who asked not to be named because they aren’t authorized to talk about it. The funds also agreed to postpone a deadline for audited accounts to the end of next year.

Adler’s bonds and shares jumped on Monday as the deal gives the troubled German landlord a respite. The company is defending itself from accusations of fraud leveled by short-seller Fraser Perring. Adler’s management has rejected the allegations, but it still needs to find a new auditor after KPMG quit earlier this year.

The six firms contributing to the new loan hold a combined 45% of the parent company’s debt. The company will need support from holders of three quarters of each bond to make the deal binding for everyone, the people familiar said. All Adler Group’s bondholders can participate in the loan.

As part of the deal, new money lenders will receive contingent value rights equivalent to 25% of the shares.

Here are the next steps for Adler and its investors, the people said: