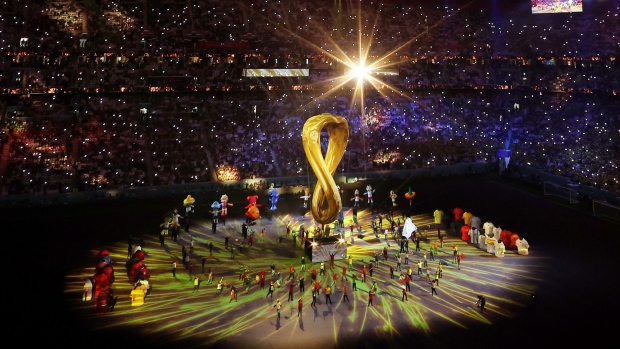 The FIFA World Cup opening ceremony in Qatar was marked by displays of Gulf harmony unthinkable just a couple of years ago. But the lovefest had its limits.

The leader of Bahrain, one of Qatar’s closest neighbors, didn’t attend the opening ceremony. And fans from Bahrain still can’t get direct flights to Doha, which have remained suspended since 2017, when Saudi Arabia and three other Arab nations, including Bahrain, imposed a punishing trade boycott on Qatar.

The rift ended in 2021, with aviation and trade links restored between Qatar and Saudi Arabia, the United Arab Emirates and Egypt. But Bahrain has remained the exception.

Ties between the two countries have remained strained after the other Arab states worked to patch things up with their neighbor. At the heart of the schism are accusations that Qatar was destabilizing the region and endangering its rulers by supporting Islamist political movements, allegations that Qatar rejects.

Under different circumstances, Bahrain might have been among the bigger beneficiaries of tourism linked to the World Cup because of its proximity to Qatar and because consumption of alcohol is legal there. But tourism between the two countries has dried up, a blow for a country that’s working on boosting the sector’s contribution to its economy.

“Gulf Air, the national carrier of the Kingdom of Bahrain, has extended several requests to the Qatar Civil Aviation Authority for the resumption of flights to Doha since July 2022, in the hope of facilitating the travel of Bahraini and global football fans,” Bahrain’s government said in a statement to Bloomberg. “Unfortunately, Gulf Air has not received any response from the Qatari CAA to these requests and therefore has not been granted landing rights in the State of Qatar.”

“Despite our best efforts to finalize the agreement before the World Cup, there were some unexpected difficulties,” it said in a statement. “Flights should resume as soon as the two parties come to a final agreement.”

That leaves football fans from Bahrain driving around six hours, crossing part of Saudi Arabia, to get to Doha. Those making the journey must leave their cars at the Saudi border and board buses, because Qatar is limiting the number of cars entering the country to manage congestion. A direct flight would take just 45 minutes or so.

Bahrain’s World Cup freeze-out contrasts with Israel, which was granted direct flights to Qatar for the competition, even though the two countries don’t have diplomatic relations.

Bahrain began to allow its citizens to visit Qatar freely only in July. Before that, would-be visitors had to secure special approval from the foreign ministry. Qataris seeking to visit Bahrain, meanwhile, had to obtain a visa, despite both countries being members of the Gulf Cooperation Council, a grouping that’s supposed to allow free movement within the bloc for citizens of any of its six nations.