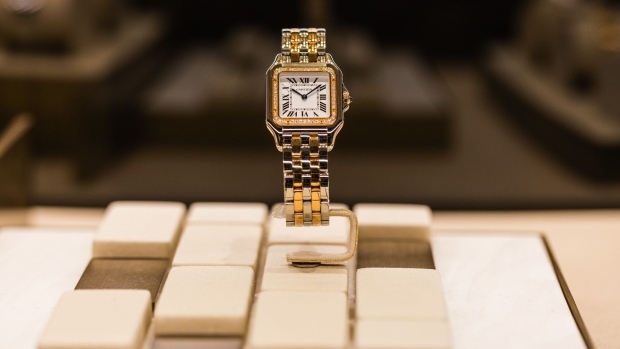 (Bloomberg) -- Bluebell Capital Partners Ltd. is fueling its spat with Richemont by urging a Swiss regulator to assess whether the luxury goods company must make public its succession plan.

The activist investor’s co-founders Giuseppe Bivona and Marco Taricco made the request in a Sept. 27 letter to the listing and enforcement department of SIX Exchange Regulation AG, a copy of which has been reviewed by Bloomberg News.

Bluebell referenced an August interview given by Johann Rupert to a Swiss financial newspaper and website, in which the Richemont chairman mentioned a succession plan that had the full support of the company’s board.

“It seems hardly questionable that the succession plan unanimously approved by the board is a price-sensitive fact which would be capable of triggering a significant change in market prices,” Bluebell wrote.

The hedge fund asked the regulator, an independent subsidiary of SIX Swiss Exchange AG, to review the matter as it applied to Richemont’s disclosure obligations and called for the succession plan to be “promptly and publicly communicated.”

When the Swiss newspaper published its interview with Rupert online, Richemont posted the report on its own website. Bluebell owns less of 1% of Richemont.

A spokesman for the Swiss stock market regulator said it receives information from a number of third parties and acts if it deems it necessary to do so. A spokesperson for Richemont said the company wouldn’t comment before seeing the letter, indicating it hadn’t been contacted by the regulator about the matter. A representative for Bluebell declined to comment.

Rupert and Bivona have sparred over Richemont’s shareholder representations in recent months. In September, the Swiss company’s investors rejected Bluebell’s proposal to add Francesco Trapani, the former head of Bulgari, to its board. Richemont instead named existing board member Wendy Luhabe to represent investors and ceded some influence to Class A shareholders for the first time in 34 years.

South African billionaire Rupert holds 10% of the company’s share capital and controls 51% of its voting rights.