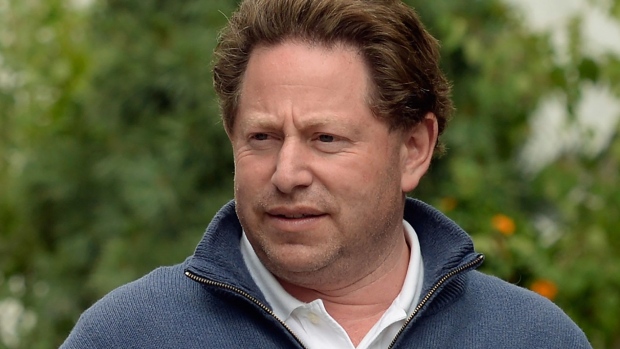 That’s the amount the video-game executive stands to receive before taxes when Microsoft Corp. completes its $68.7 billion deal to buy Activision. It’s a remarkable payout for a leader whose recent tenure has been marked by employee complaints over sexism, a hostile work culture and mismanagement of assault claims.

As recently as November, Kotick, 58, was the target of employee walkouts and petitions demanding his removal over reports he failed to make the company’s board aware of allegations of rape and other serious misconduct.

CEO since 2017, Kotick owns almost 4 million shares of Activision, the most of any officer or director, filings show. The second-largest holder, board Chairman Brian Kelly, owns 1.4 million through trusts and a foundation, a stake valued at $137.1 million based on the deal terms.

Kotick’s compensation was controversial even before California’s Department of Fair Employment and Housing sued the video-game publisher in July, detailing a retaliatory “frat boy” culture. Earlier, the company announced it was slashing Kotick’s 2021 salary and bonus in half in response to criticism his pay package was excessively lavish compared with peers.

In 2020 Kotick was awarded total compensation of $155 million. Most of that came in the form of moonshot-incentive stock awards that were granted by the board in 2016.

The “vast majority” of Kotick’s total compensation for 2020 was “a result of having successfully delivered substantial shareholder return over a four-year period,” an Activision spokesman said in an email.

Following two months of revelations and tumbling stock, Kotick asked the board in October to reduce his compensation to $62,500, the lowest amount California law allows, and to deny him any bonuses or equity grants.

Kotick will stay on as CEO, according to a Microsoft statement Tuesday, though a person familiar with the deal said he’d remain in the role only until the deal is completed.